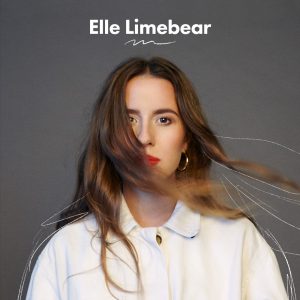 Elle Limebear has released her self-titled EP through Provident Label Group and all songs are now loaded into WorshipTeam.com “Elle Limebear EP” is a studio recording of some great new songs.

Elle Limebear has lived her life between two worlds. As the daughter of Delirious? front man, Martin Smith, Elle has experienced first-hand the thrill of stadiums filled with people while on tour around the world. As a worship leader and youth pastor in Brighton, UK, she is immersed in a close-knit, daily ministry within her community. She grew up seeing the global church and her local church worshipping God simultaneously.

“There I was, overcome with emotion in a sea of people worshiping God with everything inside of them. This wasn’t a new experience for me, but this time it was different than all of the times before. God had just injected me with a new dream. I had heard him say, ‘I am going to lead you in something similar to this.’ With that revelation came a rush of new ideas, new ambitions, and songs.”

Elle sees the future of her music like a concert full of diverse people from the most eclectic of backgrounds drawn in by visuals, melodies, and art that they love. And from there, the effect of good music would become revelations of truth in their lives.

“My hope is for my friends that don’t know Jesus to still identify with these songs,” said Elle. “That they’re on their party playlists, spreading hope, drawing them into truth, and then seeing it spread out to their friends, colleges, clubs, through their cities and wider.”

Elle recently got married to her husband Tom and they live in Brighton, UK. She is currently writing and recording new music, eating satsumas, playing Bananagrams, and enjoying every sunny day she gets in England.