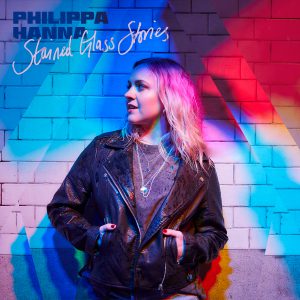 Philippa Hanna is an established UK singer-songwriter, whose independent career span over 17 years and culminated in her signing a recording contract with Integrity Music, marking the upcoming release of her first ever worship project. Her music frequently draws upon her experiences of a turbulent youth and the Christian faith she found in 2004, crafting songs that ooze with honesty, authenticity and vocals that are as powerful as they are heartfelt. Philippa Hanna is recognized as a leading light in the Christian & Gospel scene in Europe and has a lot of experience in the mainstream music industry. Beyond being a gifted writer, worship leader and storyteller, Philippa Hanna has been invited to open tours for household names including Lionel Richie, Little Mix, Leona Lewis, Wet Wet Wet and Anastacia, highlighting the broadness of her appeal. Her new single ‘My Hope Is In The Blood’ introduces her new album, set to release in late July 2020. Her last two records took the Official Christian & Gospel Charts #1 spot, with ‘Come Back Fighting’ peaking at #10 on the Official Country Chart. Hopes are high for her 7th studio album, unveiling a new soundscape of worship pulled up from the ground of life experience.

‘Stained Glass Stories’ is a collection of songs born in response to a really difficult season in Philippa Hanna’s life. There were divisions and divorces happening in her family. There was sickness and depression. There were professional struggles and spiritual droughts. This picture evokes broken pieces, fragmented realities, and it is reflected in the album title and its content. ‘Stained Glass Stories’ is a raw, creative, honest response to the many struggles we all face in this life by pointing to the source of Light which brings beauty out of our fragments and shines through our cracked and frail existences. The highly visual aspect of this project is shown from the get-go through the album title, but also through the narrative woven through the shapes on the single covers, pointing to the full picture as the releases roll out. On top of this, we are driving this release with multiple band session videos, podcasts and lyric videos which all involve a high level of creative narrative.
This is a very significant record for Philippa – it’s her 7th album, symbolizing completeness, perfection and rest. Philippa has been on a long journey of sharing her testimony out of the church walls over the past 10 years but she senses God saying, ‘You’ve been telling your story for a long season, now it’s time to tell my story. Bring them home. Show them the cross. Show them that Jesus is the Way, the Truth and the Life.’ Philippa is in a place where she feels she can rest in God’s covering and confidently share His truth with anyone who will hear.
“I’ve tried to write songs that capture the unchanging truth of the gospel, in melodies that people want to sing.” Philippa Hanna