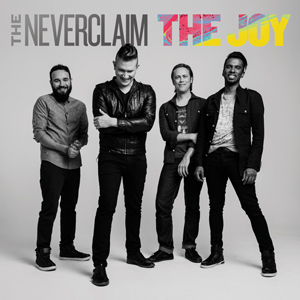 The Neverclaim has released “The Joy” through Radiate Records and all songs are now loaded into WorshipTeam.com “The Joy” is a recording of some great new songs.

Portland, OR based band, The Neverclaim, soared onto musical radars with 2012’s Revival being named a top 10 Worship Leader Magazine album of the year. The recording was followed by the band’s self-titled Essential Records debut in 2013 climbing all the way to No. 34 on Billboard’s Top Heatseekers Albums chart and earning a top 5 worship album of the year nod from NewReleaseTuesday.com. Seeking to see lives transformed by experiencing God and His love, and having gone through a series of personal and professional refining, The Neverclaim returns with a fan-driven Pledge Music pre-order campaign for The Joy, the band’s new album that is set to release July 2015.

“Over the past two years as a band, we have experienced the greatest fruit of our ministry to date. Thousands have been changed by Christ’s love, all in the midst of personal tragedy, loss, disappointment and challenges we never saw coming,” says The Neverclaim frontman Jeremiah Carlson. “One thing we’ve learned in this last season is that the joy of the Lord is truly our greatest strength. For to know his great love is joy unspeakable and when we know this, we can overcome any trial we face.”

“In this world you will have trouble. But take heart! I have overcome the world.”— John-16:33