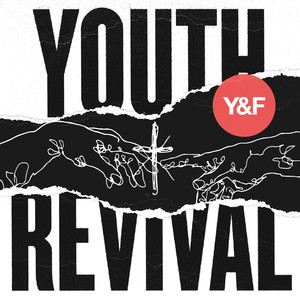 Hillsong Young & Free has released “Youth Revival” through Hillsong Music Australia and all songs are now loaded into WorshipTeam.com “Youth Revival” is a live recording of some great new songs.

Matt Conner, allotting the album a three star rating from CCM Magazine, says, “Youth Revival is…a spirited live recording that captures the blips and bloops, pulses and praises of an impassioned worship gathering.” Awarding the album five stars at Worship Leader, Jeremy Armstrong states, “This is a rare release that accomplishes exactly what it sets out to do: make a powerful impact with songs that clearly portray the truth of Christ in a musical and cultural language that resonates with the youth today.” Mikayla Shriver, rating the album three and a half stars from New Release Today, writes, “Hillsong Young & Free’s Youth Revival packages worship into modern, youth-friendly music, matching the popular style of today’s music in its own unique way.” Giving the album three and a half stars for Today’s Christian Entertainment, Laura Chambers describes, “Youth Revival finally brings a Biblical perspective to the pop culture table, cleverly combining the style of the day with a relevant message of love and gratitude, the latter something that is sorely lacking in our relentless push to have the next thing.” Chris Major, allocating the album five stars by The Christian Beat, says, “Youth Revival is a must listen for any fan of contemporary Christian music. Its ambition, its thankful atmosphere, and its joy are unmatched. The melodies and sounds are masterful and beautifully complement the massive wave of ecstatic praise. The unbounded and unrelenting energy surging through every track makes the urge to celebrate along difficult to resist.” Indicating in a four and a half star review at CM Addict, Michael Tackett writes, “With this sophomore release, Hillsong Young & Free is an example of modern Christian music done right.” All songs are loaded and ready to use- just access your WorshipTeam.com system database.