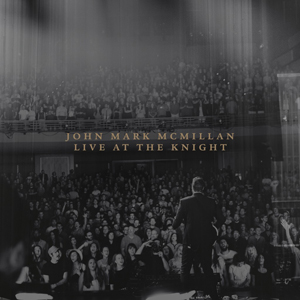 John Mark McMillan s upcoming project, and also his first live album, is a collection of well-known anthems such as Future/Past and How He Loves as well as new fan favorites, Heart Won t Stop and King of My Heart from this summer s EP release, You Are The Avalanche – which debuted at #1 on the iTunes Christian & Gospel chart. Live performances on the record include a cast of some of John Mark s good friends including: Kim Walker-Smith, Bryan & Katie Torwalt and wife Sarah McMillan. Both electric and intimate, this album captures the essence that John Mark McMillan has become well-known for at his shows. All songs are loaded and ready to use- just access your WorshipTeam.com system database.