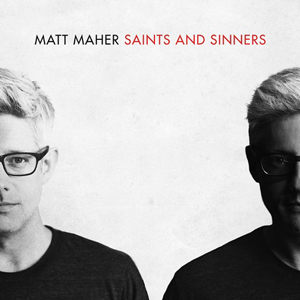 Canadian-born Christian singer/songwriter Matt Maher returns with a collection of upbeat tunes that explore both personal topics and heartfelt religious devotions with his fifth widely available album, Saints & Sinners. Following his well-received 2013 full-length All the People Said Amen, Maher worked again with noted Nashville producer Paul Moak to sculpt the album’s sound, a full-bodied reading of contemporary alternative radio pop with an emphasis on Maher’s jubilant vocals. The album was written during a time of personal uncertainty for Maher, who looked to his music and his faith for guidance. Saints & Sinners was preceded by the release of first single “Because He Lives (Amen).” All songs are loaded and ready to use- just access your WorshipTeam.com system database.