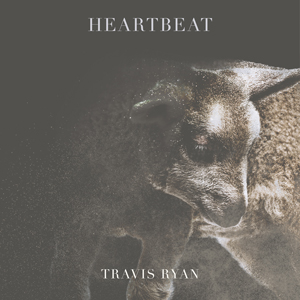 Travis Ryan has released “Heartbeat EP” through Integrity Music and all songs are now loaded into WorshipTeam.com “Heartbeat EP” is a live recording of some great new songs.

Multi-Dove Award-nominated, ASCAP recognized No. 1 hit-songwriter and recording artist, Travis Ryan, globally releases his second full-length recording, Until My Voice Is Gone (Live), as well as the six-song Heartbeat EP, May 13 through Integrity Music. The recordings are meant to embolden and inspire the Church, and to be a shining testament to God’s faithfulness through both the beautiful and the tragic circumstances of Ryan’s own life and journey God has providentially led him on.

Co-produced by fellow Integrity Music writer Michael Farren, as well as Grant Pittman and Ryan’s brother, arranger and composer Brandon Michael Collins, Until My Voice Is Gone (Live) was recorded live over two nights at LifePoint Church located just outside of Nashville in Smyrna, TN where Ryan serves as worship pastor. The first night of the recording, which became the critically acclaimed five-song EP released last fall, You Hold It All, combined with the second night of the recording, which makes up the brand new Heartbeat EP, forms the new full-length album. The new EP is meant to be a companion recording for those who have already bought the earlier You Hold It All EP.

All the songs on Until My Voice Is Gone (Live) are inspired by, written for and sung by Ryan’s local church. One of the songs on the new album has already traveled far beyond his local congregation. The track “We Believe,” which was written to set the tenants of the Church to music, was featured in the God’s Not Dead theatrical movie and became a GMA Dove Award-nominated No. 1 hit and KLOVE Fan Award winning song popularized by Newsboys. All songs are loaded and ready to use- just access your WorshipTeam.com system database.