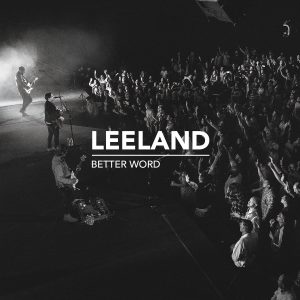 Leeland has released “Better Word” through Integrity Music and all songs are now loaded into WorshipTeam.com “Better Word” is a live recording of some great new songs.

Following their release of five studio projects, Better Word was recorded live at Christ For The Nations (CFN) in Dallas, Texas.

Leeland came to the forefront of the worship music world in 2004 and debuted their first project, the revolutionary Sound of Melodies, in 2006. Fast forward to now with four GRAMMY® nominations and eight GMA Dove Award® nominations under their belts, Leeland have become one of the most important voices in a new generation of worship music. Their lives, ministry and music are a true extension of their passion to simply worship God personally and in the context of their community and friends