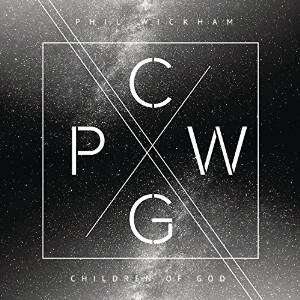 The album is Wickham’s first in three years, and it’s already proving to be a hit because of the song “This Is Amazing Grace,” which has been named BMI’s Christian Song of the Year and recognized as the most sung worship song in the North American church by Christian Copyright Licensing International.

Wickham took a long and difficult road to create the album, with his vocal chords taking a beating and his career as a musician almost hitting a blank wall. “A year and a half ago I lost my voice and was forced to have surgery on my vocal chords with the risk of not being able to sing professionally again,” Wickham told the Gospel Herald.

Wickham is thankful that God blessed his heart during that ordeal, and he never felt troubled about possibly ending his career as a singer. In fact, many of the songs found in his new album speak of his medical journey and are a testament of his strong faith.

Aside from “This Is Amazing Grace,” other songs found in the album include “Better Than Me,” “Your Love Awakens Me,” and “Stand In Awe.”

Wickham hopes that the songs will bring people closer to God and stir in their hearts the longing to live a purposeful and victorious life. All songs are loaded and ready to use- just access your WorshipTeam.com system database.

Simpleville Music is the publishing company for a lot of great music. From platinum hits like “I Can Only Imagine” from MercyMe to worship favorites like “Cannons” from Phil Wickham, Simpleville has a treasure of great songs that local churches love in their worship repertoire.

WorshipTeam.com has just signed Simpleville Music on as a participating publisher in its service. This means that all Simpleville songs are immediately authorized for use in Worshipteam.com. We will begin immediately adding songs from MercyMe, Phil Wickham and other Simpleville writers to our service so that you can access them for your weekly planning of services, with correct chord charts, lyrics and integrated audio, allowing you to check out these great new songs, hear them in the original key, or choose your own key and play it the way you like it. You should start to see Simpleville songs appear in the Worshipteam.com song database in the next few weeks as we add the songs.